Throughout the January market, reports coming out of Catalan media explained Barcelona were interested in taking Arsenal’s Pierre-Emerick Aubameyang following an injury to Luis Suárez.

Olivier Giroud’s contract at Chelsea expires after this season and the France international was also viewed as a winter target by the La Liga winners.

Catalan newspaper Sport sat down for an interview this week with Barcelona technical secretary Eric Abidal and the Camp Nou chief admitted the Gunners star, the Blues striker and Napoli’s Fernando Llorente were included on his list.

“There is a list with players like Giroud, Llorente or Aubameyang, but for one thing or another we decided not to sign. We believe it is the best for the club,” the Frenchman said.

Abidal was further quizzed about the Arsenal player, and sent praise his way.

“I know him. I do not have much to do beyond sports. He has a profile that has depth. He is important, and in his team he is decisive. It is good to bring this profile of player who can be in the market and can help you. We’ll see what will happen,” Abidal explained. 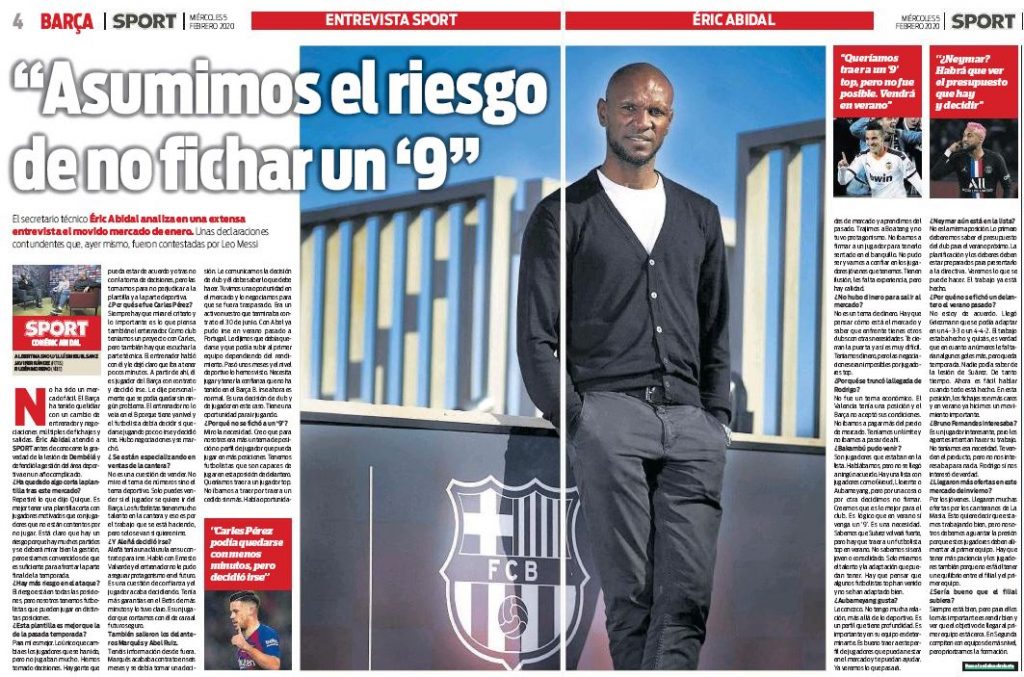 Aubameyang will have a year left on his contract after this season and if he decides not to extend, Arsenal could be forced to cash in from his sale in the summer.

Meanwhile, Abidal admitted Barcelona will bring in a new striker in the next window.

“It is logical that in summer a ‘9’ will come. It is a necessity. We know that Suarez will come back strong, but you have to bring a top player in the summer,” he stressed.

“We do not know if it will be young or experienced. We only look at the talent and adaptation they may have. We must think that some top players have come and have not adapted well.”