William Saliba spent last season on loan at Saint-Étienne and after returning to the Emirates, he is yet to make an appearance for Arsenal’s first team this season.

The Ligue 1 side are looking at the defender for the winter market as his ‘English adventure is turning into a mess’.

Earlier this week, Mikel Arteta admitted the centre-back could leave the Gunners in January and Le10 Sport then explained he is yet to make a decision on where he wants to play in the second half of this season.

According to L’Equipe, Saint-Étienne’s leaders are ‘trying’ to bring the 19-year-old back to the club where he spent three years between 2016 and 2019.

However, Claude Puel’s side are not the only interested party as there are many clubs, including some from England, wanting to sign the France U20 international in the upcoming window. 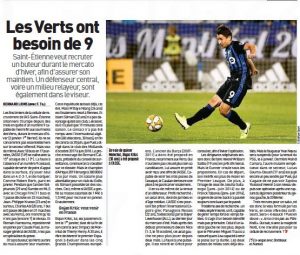 It’s claimed the Arsenal player is ‘overwhelmed with proposals’, which indicates he has several offers to pick from.

L’Equipe adds that in case of a departure, Saliba’s ‘interest is more to stay in the Premier League’.

There’s no mention of the clubs in England wanting to take him next month.