Home Premier League Arsenal Arsenal exit could be done on Wednesday – Player described as ‘about...
SHARE

Throughout the last week, we’ve brought you various updates on Nacho Monreal and his impending move to Real Sociedad.

The Spanish full-back finds himself down the pecking order at Arsenal this season following the arrival of Kieran Tierney and has since been linked with a return to his homeland.

Sociedad are keen to add him to the squad and yesterday we covered a report that he’s already agreed to a two-year deal with the club.

The report stated he had decided to take a hit on his wages but was excited about the move for various reasons. 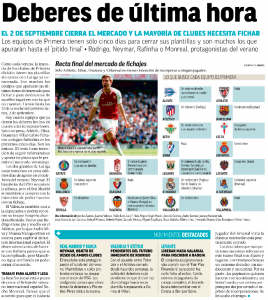 The two clubs had also met to thrash out the deal, and it was stated that there were a few loose ends left to tidy up before he could join La Real.

Those appear to have now been dealt with, as Marca state that the club is ‘about to sign’ the Arsenal man and a deal is ‘practically done’.

There is no mention of the price involved in the deal, but as we stated yesterday, given Monreal is 33 and in the last year of his contract at the Emirates, it’s hard to imagine it will be a high price.