He’d also explained the north London club will return for the transfer of the Barcelona player in the winter market, months after he ‘rejected’ an offer made by them in the summer.

Spurs’ summer interest came when Nuno Espírito Santo was in charge at the club. He was replaced by Antonio Conte last month and the Italian’s arrival has had no impact on the club’s interest in the defender.

Sport now state the France international is liked ‘a lot’ in the Premier League and their  focus is on Tottenham. As per the report, the former Chelsea manager ‘wants him in his team’.

Barcelona have announced the signing of Dani Alves and are close to sealing a deal with Manchester City for Ferran Torres. The duo can only be registered if the La Liga side lower their wage bill. 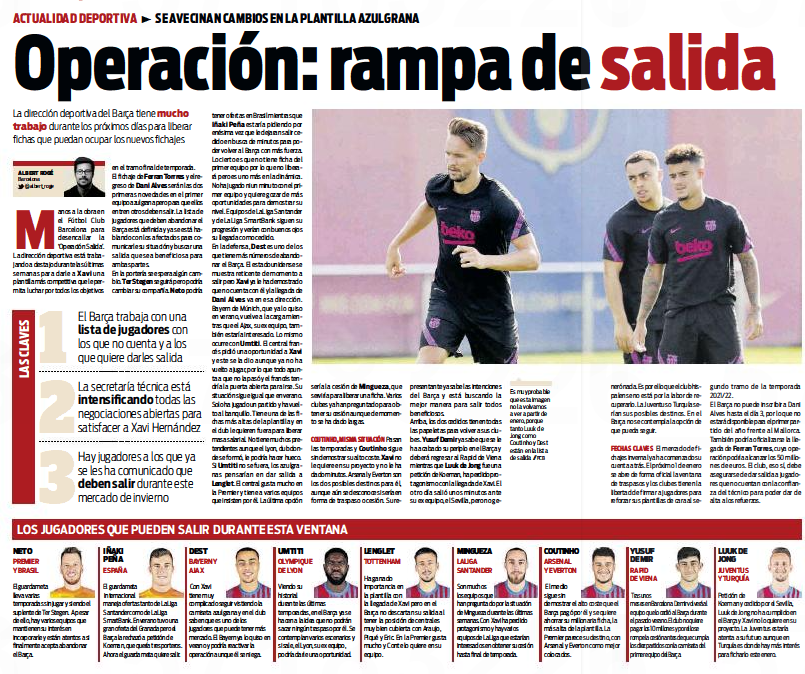 There are several players whose exits can be beneficial for the Catalan club. In the heart of the defence, they are working to get rid of Samuel Umtiti. He doesn’t have many suitors, but his former club, Lyon, could try taking him in the winter market.

In the event Umtiti ends up staying at the Camp Nou, Sport say Xavi Hernández’s side could then ‘think of releasing’ Lengelt.

The ex-Sevilla man has started to gain prominence under Xavi, but they ‘do not rule out his departure’ as the centre-back position is covered by Gerard Piqué, Ronald Araújo and Eric García.