Tuesday’s edition of L’Equipe has a big interview with Real Betis’ Nabil Fekir and it inevitably covers his failed transfer to Liverpool last year.

At the time, various possible reasons were given for the player staying at Lyon. Concerns over his knee, family members making demands and the Reds trying to get a lower price were all pushed forward by people with their own interests.

Fekir used the interview to hit back, saying: “It touched me because there was an incredible amount of lies told about it.

“Everything that has been said about my family in particular. It hurt them, as it hurt me… Especially when you know that what was broadcast was wrong.”

At the time, the then Lyon player was represented by Jean-Pierre Bernès, but since the failed transfer they’ve ‘divorced’, reports L’Equipe.

Bernès is quoted as saying: “He has to stop this show and stop taking people for fools. Everyone knows what happened. The transfer to Liverpool has turned around for two reasons. The first is his knee, even though the English club’s leaders were willing to make an effort on this. The second is the appearance of a foreign pseudo-representative who asked for the negotiations to be resumed from the beginning at the moment of signing. Between this episode and the medical visit, Liverpool’s leaders decided to abandon the case.”

The relationship between Fekir and Bernès has clearly broken down to a great degree, so much so that the agent has commenced legal action.

Carlo Alberto Brusa, Bernès’ lawyer, told the French newspaper about the action being taken through the courts in Marseille: “This work is related to the premature termination 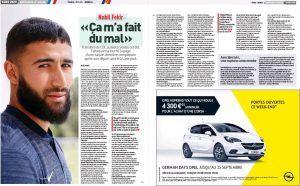 of the contract concluded between agent Bernès and Nabil Fekir, given the fact that the player and his entourage have taken liberties in breach of contractual obligations and in particular in violation of the clause ‘exclusive’.”

A very messy situation which has the potential to get even messier, perhaps Liverpool made the best choice to steer clear.