Illan Meslier had to wait until the start of this calendar year to make his debut for Leeds United. It came in his side’s FA Cup defeat to Arsenal in January.

The goalkeeper joined the Whites on loan from second division French side FC Lorient  and the Championship club retain an option to make Meslier’s stay permanent for €6m.

Marcelo Bielsa gave the 20-year-old his opportunity in the Championship due to the absence of Kiko Casilla, who had been handed an eight-match ban.

Meslier has made two starts in the league and these appearances came just before football was suspended due to the Coronavirus crisis.

French newspaper Ouest-France interviewed Meslier’s agent Yvon Pouliquen and the representative provided an update on the keeper’s situation in England.

“Illan is also confined, he remained in England. But don’t worry, we sent him a bike to train, weight training equipment etc. He is followed daily by the goalkeeping coach, who does not let him go,” Pouliquen said.

Pouliquen also explained his client has agreed to take a pay cut at Elland Road.

“The period is not about talking about money, but I can say that Illan accepted a cut in wages in relation to the current situation,” he explained.

The English Football League have told clubs they need 56 days to complete the season, when it’s safe to resume. Meslier’s representative is eager for the season to restart, provided the conditions are met.

“It is necessary to resume as soon as possible, but of course when all the conditions are met for the protection of the players and people around,” Pouliquen stressed. 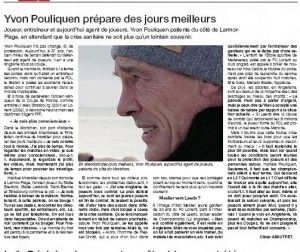 “You have to go to the end, even if you have to play until August. You would speed up the next season, and then the players like to play.

“When there were two matches a week, I loved it! When I see them in England, they play 46 matches in the Championship, plus the cups, they don’t complain and the whole squad is involved.”