In the line of Wolves players ready to speak to the Portuguese media, Ruben Vinagre has taken up his place and had a chat with O Jogo for their Sunday edition.

One of several players to join Wolves on loan during the summer, Vinagre is a Portugal youth international, but didn’t join from a Portuguese club. In 2016 the fullback moved to AS Monaco, after impressing big clubs around Europe, but he could have easily been at Manchester United instead.

Asked by O Jogo if it’s true he had one foot at Old Trafford, Vinagre confirmed it: “Yes, it is.”

Then asked why he didn’t get the other foot there and complete a move to Manchester United, Vinagre explained: “United is a great club and a dream, like other big clubs in England and Spain. At the time, I was very focused on United, because it was a great opportunity… But then the other proposals were studied and I, together with my 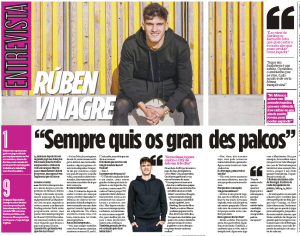 advisors, thought that the best project for my development would be Monaco.”

Next up came the inevitable question about whether he’d like to play under Jose Mourinho, and 18 year old Vinagre said: “Yes, of course, it doesn’t happen today, but it can happen at another time, who knows. Now I’m focused on the club where I am.”

Vinagre will have to become a regular at Wolves before believing his Manchester United dream can become a reality, and then perhaps impress further at Monaco.