Home Premier League Wolves official travels to Belgium – Suggestion of who could be on...
SHARE

Wolves had a scout in Belgium on Friday night, reports HLN.

Nuno Espirito Santo’s side signed Leander Dendoncker from Anderlecht in the summer 2018 transfer window, to help the club with their return to the Premier League.

After some initial difficulties, the transfer is looking to be value for money, so it would be no surprise if they’re considering doing business with the club again.

HLN says there were lots of scouts from European clubs at the match, with officials travelling from the likes of Manchester United, Arsenal, Rangers, Ajax, Atalanta, Feyenoord, Genoa, Inter Milan, Marseille, Real Sociedad and Sevilla.

Given all the interest, it’s suggested the men catching attention are Yari Verschaeren and Albert Sambi Lokonga.

Verschaeren is a 19 year old attacking midfielder who can play on the right or left, and seems flexible in position and approach.

Lokonga is a 20 year old midfielder of the more defensive variety and is also flexible in position.

Both played the match, but HLN says Anderlecht aren’t interested in selling, even for a ‘monster’ offer. 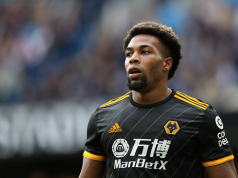