Franck Kessie to Wolves rumours continue in Italy, and that perhaps because the club’s chief scout didn’t kill the idea enough last week when asked.

Paul Marshall attended a transfer networking event, and was quoted as saying: “There was an interest (in Kessie), but there was never a real negotiation.

“I don’t think (there will be interest in January), we have so many players in midfield.

“I also read this indiscretion (about Kulusevski), but it is not true. He is not a player that interests us.”

Whilst rumours around Dejan Kulusevski, who is impressing on loan at Parma from Atalanta, were killed stone dead, there was a little light around Kessie, even if it was presented in a negative way.

That’s encouraged the claims to continue, and Tuesday sees a raft coming from Italy, saying Wolves and AS Monaco are ahead of other clubs.

Tuttosport report Napoli are also keen, yet it’s the two others who currently hold an ‘advantage’ for the AC Milan player. 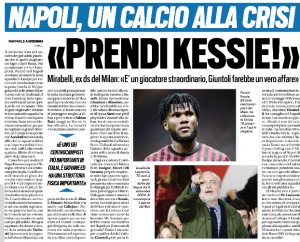 When Wolves and Monaco are linked to the same signing, the immediate name which springs to mind is Jorge Mendes.

The agent has worked very closely with both, and whilst he doesn’t represent Kessie that doesn’t exclude there being a connection somewhere.