Home Europe Tottenham ‘knocking at the door’ for €25-30m player, and have been ‘for...
SHARE

Yet to replace Mousa Dembélé, who decided his body had taken enough of a beating in the Premier League and swapped England for China in January, Tottenham are a midfielder shorter than they were at the start of the season.

Once you’ve recovered from being blown away by our terrific math skills, you’ll be glad to know that Spurs are still on top of a potential replacement for the Belgian, having targeted him back in January: Soualiho Meïté.

Joined by West Ham in their endeavour, Tottenham, according to Gazzetta dello Sport, have been ‘knocking at the door for months’ for the young midfielder, but Torino have yet to open it.

Brought in from AS Monaco at the start of the season, Meïté has been a revelation at the Serie A club, quickly becoming an integral part of Walter Mazzarri’s plans as the season has gone on. 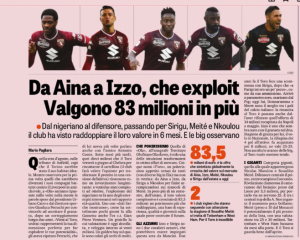 That’s why, faced with the financial power of West Ham and Spurs, they will likely have a decision to make come the summer: do they open the door?

Valued at around €25-30m, the 25-year-old, who was bought for £9m, would represent quite the quick profit for a club who, despite being financially secure, could buy two players with that money and further strengthen their squad.

It’s certainly something they will have to consider between now and the end of the campaign, at which point the Hammers, who have been short in midfield all year round following injuries to Carlos Sanchez and (shock) Jack Wilshere, and Tottenham might start knocking a little louder to get their man.

Maybe they’ll even slide a €30m cheque under the door to convince them to open.