West Ham United remain in contact with Juventus defender Luca Pellegrini, but they need to find an agreement on his potential contract at the London Stadium.

That’s according to Corriere Dello Sport, who back up claims that West Ham are interested in the 23-year-old.

We covered a report from Italy yesterday that stated Pellegrini’s agents had been holding talks with various clubs about a move away from Turin this summer.

West Ham and Fulham were two of the clubs explicitly named as being interested, with both believed to have started negotiations about a potential deal. 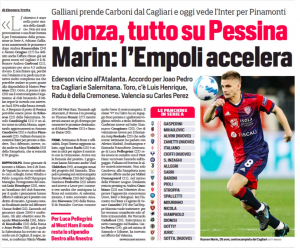 Corriere back this up but state that Pellegrini’s entourage ‘remains in contact’ with West Ham about a move to London.

It seems, though, that negotiations with the Hammers are yet to progress that far, with it stated that an agreement ‘must be found’ on his wages.

There’s no mention of the fees involved, or any negotiations with Juventus, just that West Ham are negotiating with his agent, and there is still work to be done.