The Brazilian, who arrived as a star at London Stadium, has found life increasingly tough under David Moyes, to the point where he was sent on loan to Porto last season.

That was meant to help him recover his form, but the move did anything but, as the 28-year-old struggled to make the smallest of appearances.

He has since been sent back to West Ham, and a return to Italy, where he first made a name for himself at Lazio, could be on the cards.

In fact, it’s the Rome club who could give him some help, as Corriere dello Sport state ‘it isn’t the first time the player has manifested, through his entourage, the desire to return’ to the Italy capital. 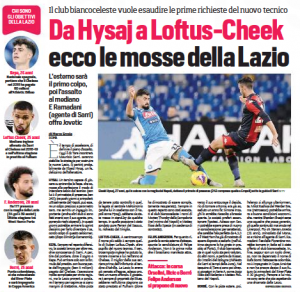 Already wanting the move last year, the Brazilian could get a second chance at it this time around, as he would be the ‘perfect winger’ for Sarri’s 4-3-3.

Down their end, West Ham have ‘already shown a desire to sell him’.

That’s great news for Lazio, and perhaps even great news for Anderson, who could see his London dream turned nightmare come to an end sooner rather than later.