At the end of July, multiple reports from the Italian media stated Tottenham Hotspur have their sights set on Rubin Kazan’s Khvicha Kvaratskhelia.

On August 8th, the winger’s agent confirmed Spurs are ‘serious’ about signing his client and are among one of four Premier League sides to have shown interest.

The 20-year-old’s representative then stated there’s a good chance the player could leave the Russian club, but that hasn’t happened and he’s still at Rubin Kazan.

Despite Kvaratskhelia’s agent stating Nuno Espírito Santo’s side showed serious interest in the Georgia international, they haven’t yet submitted an official offer to acquire his services. This has now been confirmed by the general director of the Kazan based club, Rustem Saymanov.

Saymanov, who is delighted the attacker didn’t change clubs, has revealed his side never received any proposal for Kvaratskhelia in the summer, from Tottenham or anyone else.

“Khvicha didn’t leave and we are very happy that he stayed. We did not have the goal of selling him; there was just a lot of talk about the fact that a large number of clubs are interested in him,” Saymanov told Sport Business, as quoted by Championat.

“But there was not a single offer to buy him – there was no official request from any club.

“We didn’t announce any sums for him, so we cannot say that we have high demands. Well, if they sent at least an offer for a ruble, and then I would say that I am not ready for that. But they didn’t even send a ruble, so what else is there to talk about?

“We’re ready to negotiate, but there was no proposal. He stayed, which we are glad to see. The footballer is extremely important for us, and, as it seems, the fans fell in love with him too: they began to go to football with great interest.

“During the winter transfer window, there are usually not many acquisitions from European clubs, but let’s see how things go. Now, Khvicha is a Rubin player.”

Having managed four goals and eight assists in 23 league games last season, Kvaratskhelia has a goal to his name in four matches this term. 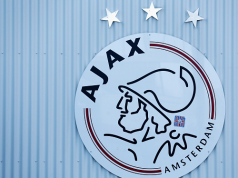 DoF will ‘honour request for interview’ at Newcastle – He has...