The Watford player hasn’t had a minute of football so far this season and has been out of the picture at the Hornets under a succession of managers.

He spent the second half of last season on loan at Udinese, again due to a lack of minutes with the Premier League club, and it was perhaps strange he didn’t leave permanently, or at least on another loan, in the summer.

With a contract lasting until June 2021 he’s something of a Watford problem, with the club at the moment paying the 29 year old wages for just existing.

So how would Watford solve a problem like this? Send him back to Udinese of course!

Wednesday’s edition of Corriere dello Sport says Zeegelaar ‘could return’ to the Serie A club.

There’s not really much, or any, detail in the story, yet it’s not the first time the 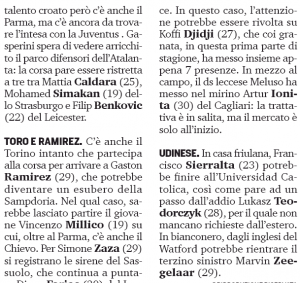 Dutchman has been linked with Udinese in recent weeks.

If he can of use to Udinese and isn’t of use to Watford then it makes sense for the Pozzo family to do the deal.