Following their relegation to the Championship at the end of last season, Watford did a lot of work in the summer.

Players left, like Gerard Deulofeu, but many also stayed, as the likes of Ken Sema returned from loan elsewhere to remain in the squad for the current season.

The Sweden international spent some time at Udinese last year, which is exactly where the Spaniard was loaned out to after he made it clear he wanted a move during the transfer window.

It ended up suiting everyone, since Watford’s loss helps the other Pozzo family investment, which is something the Hornets’ director of football Cristiano Garetta was keen to point out when talking to Radio Bruno on Thursday.

He said, relayed by Viola News: “Deulofeu? He’s a top player and we’re happy he went to reinforce Udinese. Fiorentina’s interest in Ken Sema? There was never a true approach, he came back to us to help us to return to the Premier League”.

So far, Deulofeu has only managed 12 minutes of football for his new club since he is still returning from a severe knee injury, while Ken Sema has been far more prominent for Watford, making seven appearances in all competitions, scoring one goal and assisting another three. 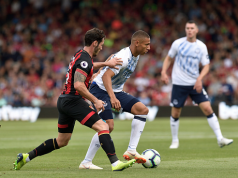