Having lost John Terry at the end of last season when the former Chelsea defender walked away once his contract ran out, Aston Villa are looking for the next veteran they can bring to the Midlands for free.

According to La Gazette des Transferts in France, Steve Bruce’s side are considering making a move for Gary Cahill should he decide to try something new at the end of the season once his contract at Stamford Bridge comes to an end..

The Championship side are said to be joined by Watford in this endeavour, and he could be the man to take over from Miguel Britos and Younes Kaboul as the experienced mentor in the side when their contracts come to an end next summer too.

Why does a French magazine know who’s interested in Cahill, we hear you ask? Because Marseille and Bordeaux are also said to be keeping an eye on his situation, alongside Sevilla. 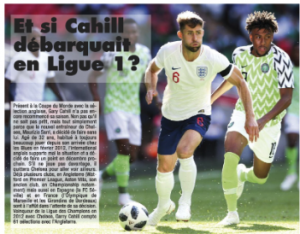 As things stand, the England international looks set to leave Chelsea at the end of the season, as Maurizio Sarri has yet to call him up to any of his official squads since he took over from Antonio Conte in the summer.

Should he move to Aston Villa in the summer, Cahill would be returning to the childhood club he left in 2008 to go play for Bolton.