Earlier on Wednesday, we covered a report in Italy explaining the failure to cut Saul’s loan from Atlético Madrid short in January cost Chelsea the chance of signing Adrien Rabiot.

Corriere dello Sport pointed out Thomas Tuchel had asked for the midfielder to be signed, but with the Spaniard already on the books and unwilling to return to his club, it all fell through.

With Saul now heading back to Madrid whether he likes it or not, a space has opened in Chelsea’s squad, and it seems the German manager still wants Rabiot to fill it.

For those who aren’t aware, the French midfielder’s contract at Juventus expires next summer, and with a renewal hard to come by in Turin since the Serie A side want to lower his wages, a move elsewhere is touted.

He wouldn’t be overly expensive, with €15m the most frequently quoted price, and Tuttosport are now claiming Tuchel took matter into his own hands to try and get something going.

They report the manager ‘has already called’ the France International ‘to understand the situation’ and ‘would be ready to embrace the boy he already trained and cultivated’ back when he was in charge of Paris Saint-Germain.

Something to keep in mind as these stories keep popping up. 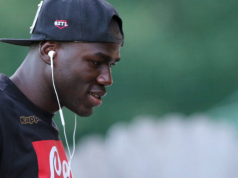 Chelsea make ‘contact with agent’ in London for defender signing –...