Home Premier League Burnley “For a transfer everything must go through Burnley” – Defour quizzed on...
SHARE

Recovering in Belgium from a knee injury, and hoping to be ready for the World Cup, the Burnley midfielder has been giving a stream of interviews to the country’s media.

But there’s only so much can be said about a knee operation, rehabilitation and percentage chances of being ready for Russia, so recently the questions have turned to the player’s future.

Towards the end of April, Defour, who is happy at Burnley, said: “I have the option of an extra year, which will be triggered, and who knows, I might extend my contract for a few more years. My agent will meet the board this summer. We’re well on our way to qualify for the Europa, which hasn’t been done since the 60s.”

At the beginning of the month, Belgian journalist Kristof Terreur, who works for HLN, claimed two unnamed Premier League sides are interested in the player. A day later, Het Nieuwsblad, another Belgian newspaper, named those as Everton and West Ham.

On Thursday, Gazet van Antwerpan, again names the two clubs. After going through all the usual questions about fitness, the newspaper put the following to Defour: ‘Because of your good season, you are now attracted by a few clubs, such as Everton and West Ham. But Burnley wants to give you a new contract and has a good chance to qualify for the Europa League. Where do you play next season?’ 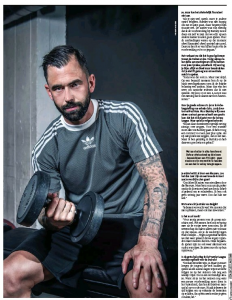 The midfielder replied: “At the moment I can’t really say anything about it. For a transfer everything must go through Burnley. I still have a contract for a year plus option (the further year). If they categorically say no, then it is no. But I am happy in Burnley and had a good season there.”

That’s certainly not ruling Everton and West Ham out, although there’s every chance Defour is content with the idea of interest as it would pressure Burnley into offering a good new deal.