With Tanguy Ndombélé on his way out of Tottenham if Paris Saint-Germain get their way, Antonio Conte wants a new midfielder.

There has been talk of a deal with Fiorentina for Sofyan Amrabat being in the works, and it appears to be getting closer to completion, but that didn’t stop Spurs from trying one last time to get the Italian manager’s favourite choice.

That man would be Weston McKennie, who was seemingly on his way out from Juventus in the summer before managing to convince Max Allegri otherwise with his performances on the pitch since the start of the campaign.

That’s why, according to Corriere Torino, the Serie A side ‘returned to sender’ the latest ‘new request for information’ from Tottenham for the USA international, meaning Daniel Levy has had to look elsewhere. 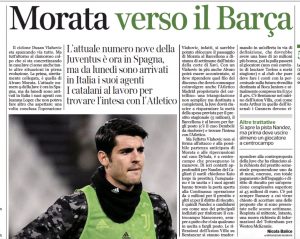 This means the arrival of Amrabat is more than likely, especially with Fiorentina pleased to get rid of him this transfer window, as Vincenzo Italiano found little space for him in his plans this year.

As for the future of McKennie, it appears far from Tottenham for the time being, but there’s always next summer, when more money will be available and there will be more time for Juventus to find an adequate replacement.