Tottenham Hotspur took Pierluigi Gollini on a loan deal from Atalanta last summer and as part of the agreement, the north London club retain an option to buy him.

The goalkeeper had to settle for a place on the bench, firmly behind Hugo Lloris in the Spurs pecking order. He has been restricted to 10 appearances in other competitions this campaign.

On Tuesday, TuttoMercatoWeb reported that Tottenham Hotspur want to ‘confirm’ Gollini’s stay at the club beyond his loan deal.

Despite TMW’s claims, Tutto Atalanta state the 27-year-old’s future ‘remains an authentic puzzle’. It’s claimed Antonio Conte’s side ‘think about it’, with regards to making the move permanent, even though he would be second-choice for them.

Torino are in the picture as they ‘want’ the Italy international in the summer. They are ‘serious’ about securing his services and ready to start a possible operation with his parent club, Atalanta.

It’s also not ruled out that Gollini can be included in Atalanta’s plans if coach Gian Piero Gasperini and current keeper Juan Musso were to leave the club after this season.

Tottenham are ‘evaluating’ the option to make Gollini’s loan deal permanent, and the situation could give them an advantage over Torino for a potential summer deal. 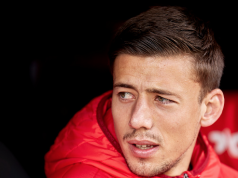 Player has ‘already undergone medical’ to sign for Tottenham – Announcement...

Detailed talk with Conte ‘decisive’ for player to pick Tottenham –...