Hugo Siquet has revealed he turned down a chance to join Brentford last summer because he was not ready to take such a big step at this stage of his career.

The 19-year-old was a product of Standard Liège’s youth system and was promoted to their first team in 2020.

Operating as a right-back, the teenager has made 43 appearances for the Jupiler Pro League side and managed to register seven assists in the process.

His performances for the Belgian club attracted attention from Thomas Frank’s side. However, the player rejected an approach made by the Bees in the 2021 summer window.

Having snubbed an opportunity to join the Premier League side last summer, the Belgium international agreed to join SC Freiburg in the winter market. 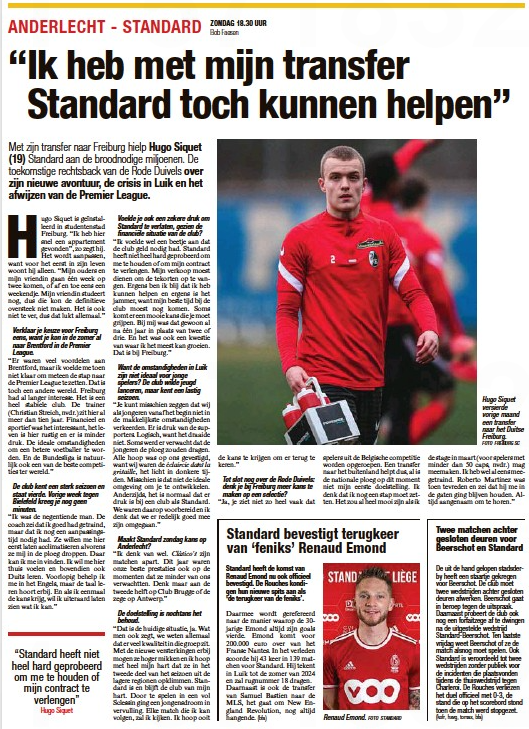 Het Belang van Limburg have published an interview the fullback and during the course of the discussion, Siquet was specifically asked about his decision to reject Brentford.

Responding to that, Siquet said: “There were a lot of advantages to Brentford, but I didn’t feel ready to jump straight into the Premier League at the time. That’s a different world.

“Freiburg had been interested for some time. It is a very stable club. The coach [Christian Streich] has been here for more than ten years. Financially and sportingly, it was interesting, life is quiet here and there is less pressure.”

“The ideal conditions to become a better footballer. And of course, the Bundesliga is one of the best leagues in the world.”