According to Turkish newspaper AmkSpor, Besiktas defender Dusko Tosic has been causing problems in the dressing room, following his failed transfer in the last transfer window.

The 32 year old was linked with a move to Celtic last month, after claims the Scottish Premiership champions had tabled a bid for the player

AMK say after Tosic failed to get a move in January, with Celtic being one of those clubs showing a keen interest, he reportedly requested a pay rise.

However, this was swiftly rejected by Besiktas president Fikret Orman, and subsequently this could give Celtic another opportunity to sign the player this summer. 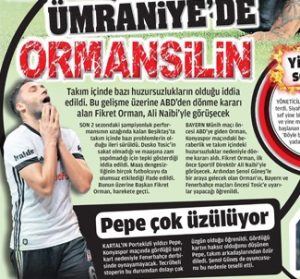 AMK report Besiktas will not offer him a contract extension, and he’s likely to be sold at the end of the season.

During the last window we covered reports from Turkey that Celtic tabled a bid in the region of €3.5m for the Serbia international, as Brendan Rodgers looked to strengthen his squad.

It was expected the player would be transferred when Vida was brought in on a free transfer, but he remained in Istanbul.