Home Premier League Chelsea Spaniard could be living ‘final days’ at Chelsea – Has ideas about...
SHARE

Over the past couple of months there’s been claims of Pedro offering himself to Barcelona.

With his Chelsea contract coming to an end, the Spaniard wanted to find out if there was any chance of his former club taking him back. It’s always felt unlikely, but given Barca have been in the market for a forward, albeit a more direct one than the Blues player, it was surely worth a try.

Now Pedro will have to seriously think about his future beyond his contract at Stamford Bridge. Monday’s edition of Sport reports he’s had an offer from Vissel Kobe.

That’s the club where Andreas Iniesta is, and having recently lost David Villa to retirement, they’re in the market for a replacement. However, Pedro isn’t keen, feeling he can still do a job for a club in Europe.

He could be living his ‘final days’ at Chelsea, and Sport state there’s interest from Sevilla. A problem standing in the way of a January move is that the Premier League club would want a fee, and those interested would prefer to be able to get Pedro for nothing.

If there can be a compromise then he may well be on the move this week. 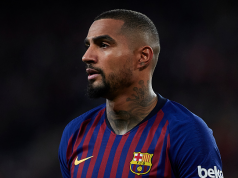