Arsenal haven’t won a match in the Premier League since Paul Pogba made what he’s described himself as a ‘stupid mistake’ and gifted the Gunners a penalty, and subsequent 1-0 victory over Manchester United.

They then lost 3-0 to Aston Villa, got a 0-0 draw with Leeds United, and fell 2-1 to Wolves. It’s not been a great period for Mikel Arteta and, given the way negativity builds for football managers these days, has seen the Spaniard come under pressure.

Welcomed hugely by the vast majority of the Arsenal fanbase, Arteta had a lot of credit in the bank when he started. Given he’d been assistant to Pep Guardiola at Manchester City, it was clear this was someone with a good idea of how the game should be played.

On occasion, that’s been apparent, but the period hasn’t been with setbacks. Now 14th in the Premier League after ten matches, Arsenal have so far failed to capitalise on the extra summer rest they had compared to some of their rivals for European places.

Spanish newspaper Sport report Arteta is ‘beginning to lose credit’ at Arsenal, yet remains confident about his approach and the future. Winning the FA Cup in his first season was obviously an achievement, and Sport add to that the signings of Dani Ceballos and Thomas Partey, along with the club convincing Pierre-Emerick Aubameyang to sign a new contract.

However, it’s not all positive from Sport, and they state that after excitement ahead of the season, the reality couldn’t be ‘further from the truth’. 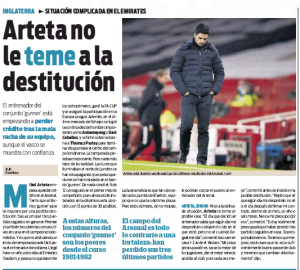 They then add ‘the good news’ is that Arsenal are only two points behind 7th placed Everton. News which doesn’t sound too great… especially when it’s considered three of the five teams between the Gunners and Toffees have a game in hand on Arteta’s men. 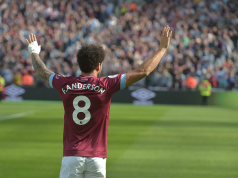