Home Europe Southampton bid for player ‘about to be accepted’, player has already said...
SHARE

Contrary to what TuttoMercatoWeb would have you believe on Wednesday when news emerged that Southampton had bid for Wesley Hoedt, Lazio are quite interested in the offer.

The Italian website stated the Serie A side hadn’t considered the departure of the player as he’s an important part of Simone Inzaghi’s plans, yet Il Tempo see it differently. 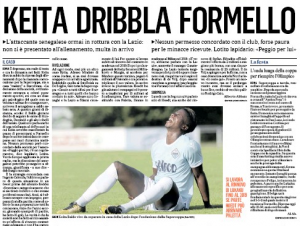 In their Thursday edition, the Rome based newspaper explain Lazio are ‘about to accept’ the €15m + €2m offer from the Saints for the Dutch defender, and are already looking at replacements.

Furthermore, the 23-year-old is said to have already agreed the broad terms of the €1.8m/year contract that would take him to St Mary’s ahead of the move. 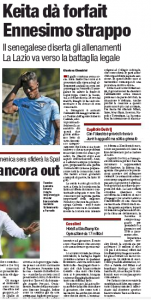 Il Messaggero, also Rome based, go one step further than their counterparts in their Thursday edition, stating the player has already said goodbye to his soon-to-be former Lazio teammates.

Who said transfers have to take time?

If all this is true, at this rate, Hoedt’s exit looks like it’ll be completed in less than 48 hours.