It’s now been months since the Brazilian media first reported that Kayky would soon leave Fluminense for Manchester City. The deal was confirmed in late April, and now, for the first time, the striker has spoken about the move.

The 17-year-old was interviewed by Sportv, and talked about what’s been going on in his head after his sale was negotiated with the Premier League club.

“It’s a unique moment in my life. I’m living a moment that all boys my age dream of living. I try to separate the two things, because I have to have my head at Fluminense first, I have the whole season still, I cannot think about the future,” Kayky told Sportv.

“Of course, we keep imagining, watching, watching the Champions League games, dreaming, seeing ourselves, but I have to focus, I have a very important season, and if I can enter the history of Fluminense…”

Quizzed about some details of the transfer to Manchester City, the teenager explained how things happened, claiming the club became impressed with what they saw from him at Fluminense’s academy.

“We were in the Brazilian League at the time and had interest from Shakhtar. My agent also had a relationship with Cadu, from City Group, who watched the game and liked it a lot, said he’d do a presentation to the club, which would show the games, my videos. And, if approved, they’d try to sign me. Thank goodness, they approved. I’m glad they liked the videos.”

Speaking about the feeling of going to Europe so early in his career, he says: “It always hits, it’s the club that revealed me, I spent half my life at. It’s also not easy for me to go too soon.”

Kayky made his debut for Fluminense’s first team this year. He only has 11 appearances for the club so far, with three goals and one assist.

The Brazilian media has been claiming that Manchester City are spending €10m on the signing for now, as they’re buying 80% of his rights. The Premier League side could still spend €11m with performance bonuses and another €5m to acquire the remaining percentage. 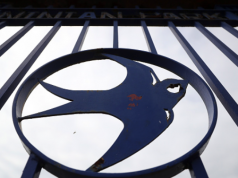 Chelsea player looking for ‘one-way ticket’ out of Stamford Bridge –...

Manager has given ‘approval’ to sign Sheffield United star – Demands...