Julen Lopetegui is the new Wolverhampton manager, according to reports from Spain. Marca say the coach has already accepted the job and mentions the appointment as a certain thing.

However, AS are not jumping the gun. They say the offer is on the table, but the manager is still analysing it. They describe it as a very interesting opportunity for him.

Lopetegui was one of the coaches who were being considered for the Spanish national team job, and that’s the main focus of both the stories. The Spaniard has reportedly already turned down a job at the Algeria national team and now would be giving up to work for his own country.

The 49-year-old’s last job was at Porto, where he spent two seasons. He had a record of 53 wins, 16 draws and 9 losses at the club, but ended up sacked due to his poor campaign in the Portuguese league.

Wolves already have Kenny Jackett, but Lopetegui would be considered a coup, having been linked with some big jobs in Europe. 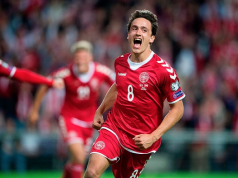 Dortmund midfielder having to sit out CL clash against Man City – ‘Bitter’ blow, missing ‘due to injury’