It doesn’t matter whether or not the English media dismiss the idea that Manchester United could be interested in Hakan Çalhanoğlu because their Italian counterparts are adamant they are.

Furthermore, it’s not some random website saying, but Gazzetta dello Sport, one of their more respected newspapers, who are the ones bringing it back to the fore on Thursday.

The Italian outlet look at the situation of a few major players in Serie A in their daily edition, among which are the two Milan stars: Gianluigi Donnarumma and the Turkey international.

While there is a strong optimism surrounding the goalkeeper putting pen to paper to another contract at San Siro, the same cannot be said for his teammate.

It’s explained there’s currently a ‘red light’ in the negotiations between club and representatives, as there is a big difference between the demands from the player’s side and what Milan are ready to offer.

They then point out Çalhanoğlu ‘evidently has suitors in the Premier League’, at which point they put Manchester United’s name in brackets, as well as some in Serie A. 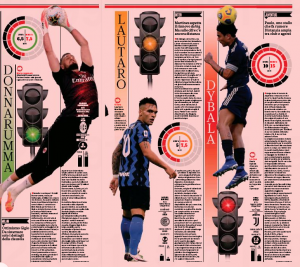 Gordon Stipic, the player’s agent, is demanding €6m/year for his client, while the only contract offer Milan have put forward for now is one of €3m/year plus bonuses.

A ‘new meeting’ is set to take place, but there isn’t a lot of ‘enthusiasm’ surrounding it, as it’s believed the Italian club ‘don’t intend to exceed a certain target’ when it comes to wages for Çalhanoğlu.

That’s certainly good news for Manchester United if they are truly interested in the Turkish playmaker, as there’s a strong chance he will become a free agent next summer and will be able to start discussing a potential contract with the Old Trafford brass from January onwards.