That’s according to Marca, who say Manchester United are one of the clubs providing ‘fierce’ competition for the German’s signature.

Rudiger is out of contract in the summer and is yet to sign a new deal at Stamford Bridge, meaning he could leave on a free transfer.

His status means he is free to talk to clubs in Europe regarding a pre-contract agreement, and the likes of Real Madrid, Barcelona and Bayern Munich have all been linked.

So too, though, have Manchester United, with it reported back in December that they were one of four clubs vying for his signature.

That was because Sehr Senesie, Rudiger’s agent, has a relationship with Rangnick, and so the latter had indicated a willingness to discuss a deal.

Marca now back that up and state the ‘good relationship’ between Rangnick and the agent means Manchester United are very much in the picture for him.

At the moment, Rudiger is struggling to convince anyone to pay what him what he wants, with a deal set to cost €55m. While he is available on a free, the salary he is asking for over four years plus a signing bonus makes him an expensive capture.

He’s already been offered £140,000 per week by Chelsea, but that ‘displeased’ the German as it would mean he’d be outside the top ten earners at the club.

So any interested party will have to offer more than that to convince him, something it’s hard to imagine United doing given they have Harry Maguire and Raphael Varane already.

Still, the interest is there thanks to the connection between Rangnick and Rudiger’s agent, something which could facilitate the move to Old Trafford. 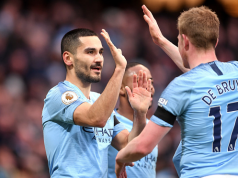