The Portuguese press always has coverage of their managers who have been working abroad, regardless of where they are.

Marco Silva is one of them, and his arrival to England in 2017 has obviously given him bigger media attention, which has grown year after year.

Now even though we thought the local press would be defending the manager against the current crisis at Everton, this really isn’t the case on Wednesday.

A Bola has a story about Silva’s possible departure today, and columnist André Pipa admits that the manager hasn’t been as good as was expected. 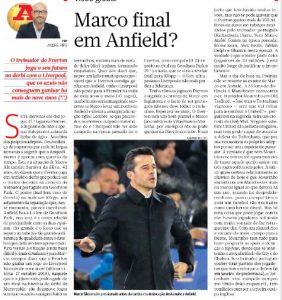 It’s insisted that it shouldn’t be seen the other way just because he’s Portuguese. Pipa claims that Silva has a good squad and ‘can’t complain about the club’s board’. Even with many injuries, the €200m (A Bola’s figure) spent by the Toffees should be a reason not to suffer with these problems.

As Silva can’t even rely on his home country’s media, he probably knows how poor his job at Goodison Park has been.