Liverpool face some tough competition for the signing of Hakim Ziyech from Ajax, according to reports from Portugal today.

Newspaper Correio da Manhã claims that Benfica want the player as soon as possible, in order to avoid this race for the midfielder. Then outlet claims that Liverpool, Roma, Lyon and Borussia Dortmund are all in for the player as well.

Ziyech is protected by a €20m release clause at Ajax, according to the claims, but it’s stated the Dutch side would be ready to negotiate the player for less than that amount, making him quite affordable for any of these clubs.

There’d probably be some disagreement on that in the Netherlands.

Benfica are still waiting to see if they’re signing Gelson Martins and Bruno Fernandes from Sporting this summer, and that should weigh on their decision to go for Ziyech or not. 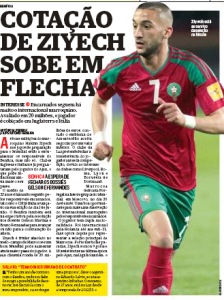 The 25-year-old will be playing for Morrocco in the World Cup, with the Eagles keeping an eye on him on the tournament, according to Correio.

We’re pretty sure that any other interested club will be doing this as well, so that isn’t surprising.

Now if Liverpool are really in for Ziyech, it’s obvious the Reds can just pay to trigger the release clause, if it exists as stated, and avoid this race.

Jurgen Klopp’s side were linked in April, with Dortmund mentioned at that point too. 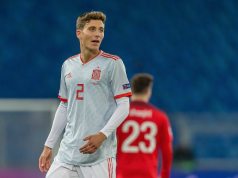