For the past few weeks, reports in the German press have indicated Newcastle United have  an interest in Bayern Munich’s Niklas Süle.

These claims, however, were dismissed by the 26-year-old’s agent, but the representative admitted his client’s future remains open.

The centre-back’s current deal expires in 2022 and the Bavarian club have not yet been successful in securing his long-term future.

Süle’s contract situation has had no bearing on his playing time at Bayern this season and he’s been a regular in Julian Nagelsmann’s starting lineup. 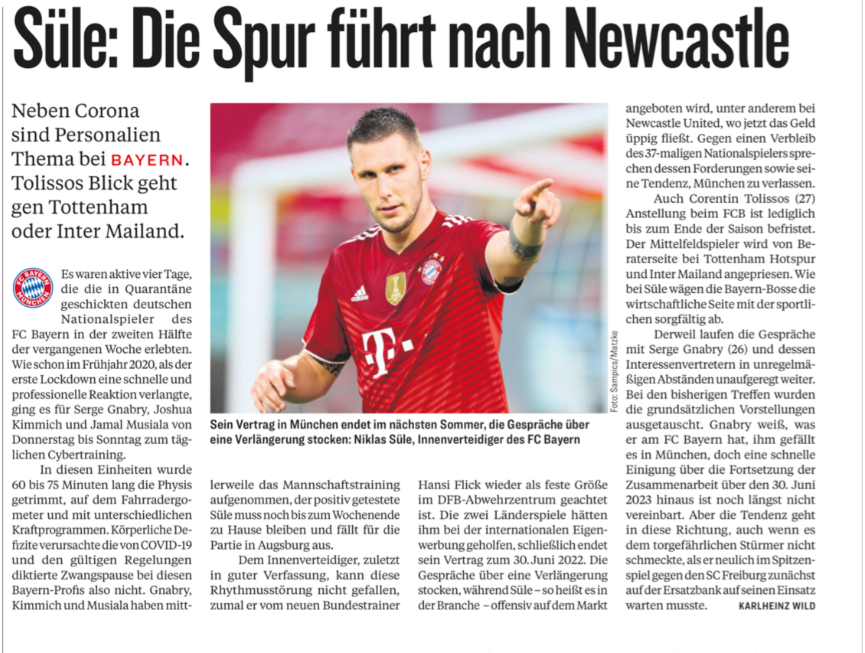 Kicker now explain the talks between the Bundesliga winners and the Germany international over a new contract are ‘stalling’.

Süle is ‘aggressively being offered’ elsewhere, ‘including to Newcastle United’, where ‘money is now flowing freely’ following the arrival of Saudi Arabia’s PIF.

The player’s demands and a temptation to leave Munich are the two factors that are currently against Süle staying at Bayern beyond this season.

His ‘track leads to Newcastle’, but whether or not their sporting plans meet his ambition remains to be seen.