Cagliari centre-back Diego Godín has revealed Manchester City made an attempt for his signing in 2015, when he was at Atlético Madrid.

The defender left the La Liga side for Inter Milan on a free transfer in 2019 and a year later, he left the San Siro to join Cagliari.

AS on Friday have published a long interview with the 35-year-old, where he detailed he left Los Rojiblancos after failing to find an agreement over a new deal.

The Uruguayan signed a few renewals during his time in Madrid and there were also claims in that past that Diego Simeone threatened Atlético that he would leave the club if Godín wasn’t offered an extension.

When asked if these claims were true, the South American revealed about the proposal made by the Citizens and also what happened behind the scenes at Atlético after Manchester City tabled an offer. 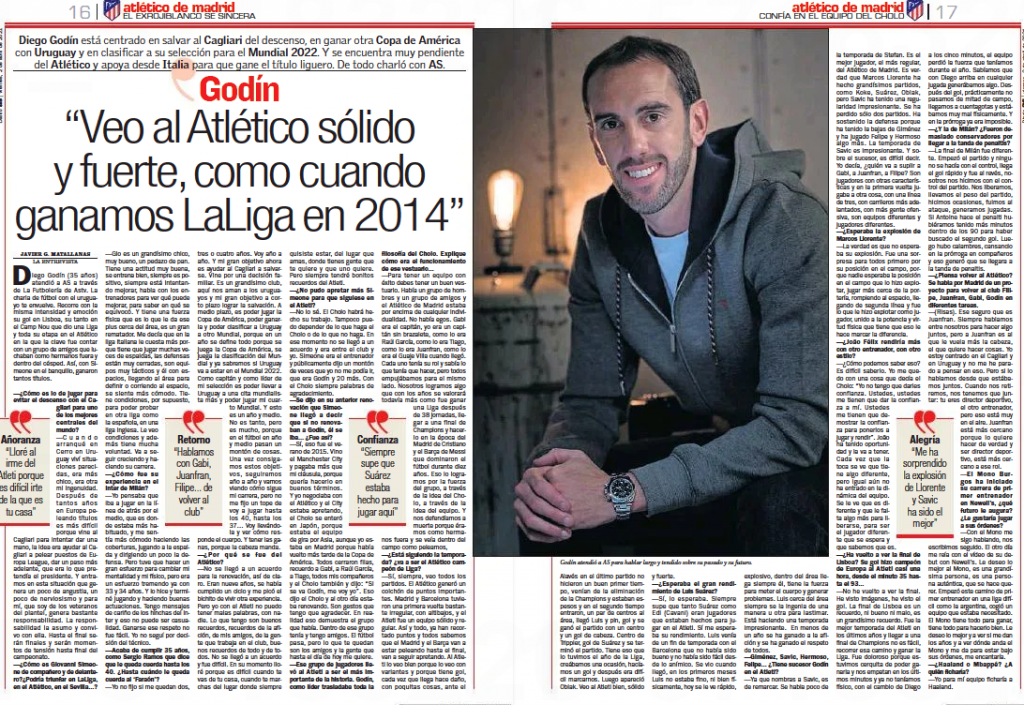 “Yes, that was in the summer of 2015. Manchester City came and paid more than my clause, because I wanted to do it on good terms,” he said.

“And I was negotiating with Atlético and City were pressing. Cholo found out in Japan, because the team was touring Asia, but I was in Madrid because I had returned later from the Copa América.

“Everyone closed ranks, I remember Gabi, Raúl García, Tiago, all my teammates and Cholo too and said: ‘If Godín goes, I’ll go.’ That’s what Cholo said and the next day he was renewing.

“They are gestures that I have to thank. Actually, that shows the group there was. Within that group I had and have friends. Football happens, but what you have left are friends and people who love me to this day.”

City took Nicolás Otamendi from Valencia in the summer of 2015 and it looks they made an approach for the Argentine after failing to sign Godín.