Home Europe Player ‘should be redeemed’ by Leicester City – Rodgers has choice to...
SHARE

Loaned from AS Roma, who were desperate to sell in the summer, Cengiz Ünder hasn’t appeared all that much for Leicester City.

He started off with a few substitute appearances here and there, bagging himself a couple of assists in the process against Leeds United and Arsenal, but the Turkey international hasn’t appeared in a Premier League game since December 16th.

Most of his time on the pitch, prior to that, came in the Europa League, and with those games currently on hold until the knockout rounds, he isn’t getting any minutes.

He’s totalled 12 appearances in all competitions so far, which could be a problem for Roma, who will be hoping he plays more in order to get their pre-agreed €23m.

Still, Corriere dello Sport are optimistic, as they write on Monday the winger ‘should be redeemed from Leicester for €23m’, but point out he has ‘yet to reach the number of matches that will oblige the English to buy him’. 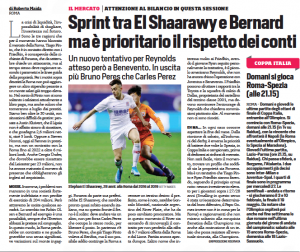 That’s because the clause in the deal states the option to buy automatically becomes compulsory after a set amount of appearances, although how many hasn’t filtered through yet.

Brendan Rodgers has two options now for the second half of the season: either he plays Ünder because he plans on keeping him around, or he keeps him to one side for the time being, thus keeping the clause optional, before evaluating whether or not the money could be better spent elsewhere.