Home Europe Player ‘one of the top candidates’ for Man United in January –...
SHARE

On Monday, Manchester United confirmed the appointment of Ralf Rangnick as their interim manager.

Later that day, one of his former players, RB Leipzig’s Amadou Haidara, was linked to the Red Devils. The 23-year-old is a fan of the English club and had publicly revealed he dreams of playing for United in 2019.

This week’s edition of SportBild have now backed up claims made in England about the Red Devils’ interest in the midfielder.

It’s claimed the Old Trafford club’s ‘biggest problem right now’ is that they lack ‘superior’ ball winners in the centre of the pitch and this is the position they could address in the winter market.

Haidara gets a mention as the report states the Mali international is ‘one of the top candidates’ for United in January. 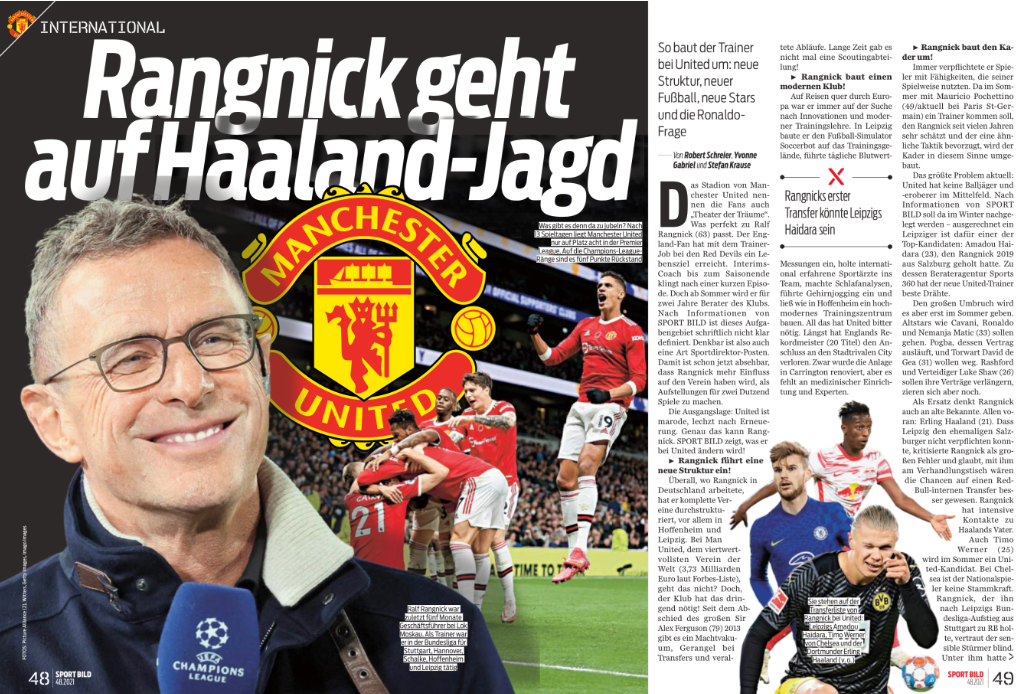 Rangnick brought him to the Bundesliga side from Red Bull Salzburg in 2019 and the player is back again on the German’s agenda for the Premier League side.

The new manager not only has good ties with Leipzig, but also has a ‘best connection’ with Sports360, the agency that represents Haidara.

SportBild’s report doesn’t mention whether Leipzig are in favour of cutting ties with the player in the next window, but Manchester United’s money could certainly open doors if necessary.