Dani Ceballos’ loan spell at Arsenal came to an end with the Gunners’ FA Cup final win over Chelsea at the start of this month.

The Real Madrid player’s performances for the north London club in 2020 convinced Mikel Arteta to sign him this summer.

However, earlier reports suggested the midfielder is set to return to his parent club, despite ‘weeks’ of negotiations with Arsenal for a transfer.

AS on Wednesday explained Ceballos is expected to ‘at least start the preseason’ with Madrid, but stressed his continuity is ‘far from assured’.

Saturday’s edition of Sport reports Zinedine Zidane has a lot of work to do in order to trim his squad for the new season.

Apart from making a decision on some of the existing players, the La Liga winners must also decide on those players who spent the last season out on loan. This includes Ceballos.

Sport state the midfielder wants to return to Real Madrid, but Zidane doesn’t rely on him, and therefore, Ceballos is ‘most likely’ to continue for ‘another year at Arsenal’. 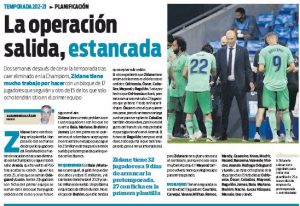 The report suggesting ‘another year’ could be an indication that Arteta’s side will have to take the 24-year-old on a temporary deal this summer, rather than a permanent transfer.