Giannelli Imbula has already played 309 minutes of Ligue 1 football so far this season, but the Stoke City loanee still isn’t up to scratch physically, explain L’Equipe in their Saturday edition.

Imbula was one of the players left behind at French clubs during the international break, and, unlike some others, he wasn’t handed a few days off to do as he pleased.

That’s because the Stoke City player still has work to do, according to the French claims. Imbula has been ‘lagging behind’ with his fitness at Toulouse since he arrived from Stoke, and that’s not according to L’Equipe, but rather his manager.

Pascal Dupraz is quoted as saying: “We get players to work based on what we think is important to improve individually. For example, Giannelli Imbula was lagging behind on the physical side, so he basically had to work on it.” 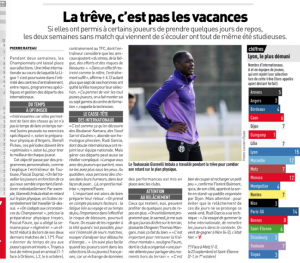 It’s now mid October, for Imbula to still be struggling physically, in comparison to his Toulouse teammates, suggests he was in a pretty poor state when arriving from Stoke.

Toulouse, and French clubs generally, aren’t exactly known for having training sessions akin to army camps, and it’s unlikely Imbula is being asked to do anything especially unusual.