Dani Ceballos’ performances since the restart have convinced Arsenal to retain him beyond this season.

The midfielder is on loan from Real Madrid and Mikel Arteta has publicly admitted his side are in talks with the La Liga giants for the Spain international.

The 23-year-old has expressed his desire to continue at the club, but also stressed his future lies in the hands of Los Blancos.

Four days ago, we covered claims from AS explaining Real Madrid’s leaders have a ‘lot of confidence’ in the player, but if he has no place in their squad next season, it’s because Zinedine Zidane doesn’t count on him.

Marca claim ‘Ceballos has it impossible with Zidane’, suggesting it’s highly unlikely for the player to find his way into the Frenchman’s plans at the Spanish club next season.

It’s claimed the former Real Betis man has already ‘found his place’ at Arsenal, and the north London club’s interest is mentioned again. 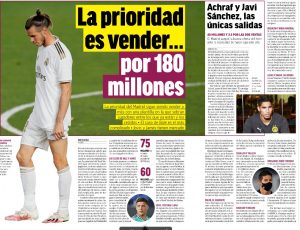 Marca say Arteta’s side are keen on taking Ceballos on a permanent transfer, and to do this, the Emirates club are ready to offer between €30- €35m.

With Zidane not willing to provide chances and with Arsenal interested in Ceballos, a deal is there to be completed.