Home Premier League Arsenal “I want to go to England” – Brazilian quizzed on interest from...
SHARE

Wesley Moraes, commonly known as simply Wesley, has been in fine form for Belgian side Club Brugge this season, scoring 14 goals and registering nine assists in all competitions.

In the winter market, Het Laatste Nieuws reported that Cardiff City submitted a ‘concrete and respectful offer’ for the 22-year-old, but the Jupiler Pro League side rejected the Bluebirds offer.

It was also reported that West Ham United and Newcastle United are waiting on the wings for the forward, now Everton and Arsenal have been dragged in.

His performances have seen him draw attention from clubs across the globe, with Chinese clubs keen.

Wesley sat down for an interview with Belgian newspaper Het Belang van Limburg. The reported asked the player ‘Do I just list the clubs who are watching you? PSG, Lazio, Everton, Fiorentina, Guangzhou Evergrande, CSKA Moscow, Arsenal… Any preference?’

He said: “I have read all those names. It is of course completely different going to China than to another European country. I don’t know what I want, I don’t want to exclude anything.”

“I do know that I once said that I want to go to England and that is still the case. I have always closely followed the Premier League. But I am certainly also open to other leagues.” 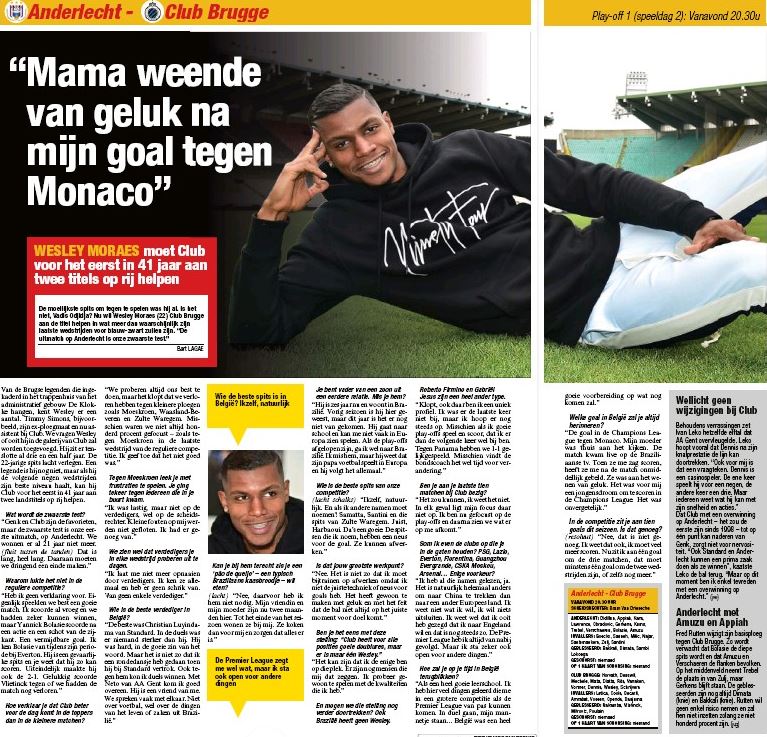 Wesley believes his time in Belgium will be helpful for him when he decides to make a jump to a better league.

“I have learned many things here that could come in handy in a larger league like the Premier League,” the Brazilian added. Hint-hint.

There’s no suggestion at this stage that Everton or Arsenal have done anything about their alleged interest.

The attacker’s contract with Club Brugge will expire in 2023.