Home Pick of the Week Pelé turns 80: Why the King of Football deserves bigger recognition in...
SHARE

This isn’t a story to convince you that Pelé is the greatest footballer of all time, even though he is.

The King of Football turns 80 today, and as the world media celebrates his life, we see old debates emerging everywhere.

Everyone is entitled to an opinion, and when comparing different generations, our personal views always tend to weigh more. Nostalgic or modernist, there’s no problem with that. Especially because the likes of Lionel Messi and Cristiano Ronaldo deserve their place in this argument.

What bothers me is when someone thinks that football, a sport which became popular still in the 19th century, only had its most talented players in the past 30 years.

If you’re a real enthusiast of the game, you’re supposed to know that’s not true.

Writing that Pelé played against ‘farmers’ isn’t only an insult to professional footballers from that time. It also normally carries a xenophobic speech because he never played for an European club.

We won’t see anyone saying Alfredo Di Stefano, Bobby Charlton, George Best, Johan Cruyff and Franz Beckenbauer had their careers against amateurs. This argument is implicitly used against the place where Pelé played, instead of the time.

No one dares to say Brazil had a weak side when they won three out of four World Cups in 1958, 1962 and 1970. And guess what? All the players in those three squads were playing in the country at that time. So it’s quite a joke to call the local tournaments weak when they featured the likes of Garrincha, Carlos Alberto Torres, Rivellino, Gérson and Tostão.

The current Champions League has 78 Brazilians featuring in the group stage. Think of how strong the Brazilian league would be if they were all in their home country. That’s how it worked back in the sixties, and that’s when Pelé made his path to success.

We also often see the joke about Pelé’s number of goals, as if there was no reason to celebrate the 1282 times he found the back of the net.

Yes, only 757 of them were official, which helped Santos and Brazil to win two Copa Libertadores, two Intercontinental Cups and three World Cups. That’s enough to make Pelé the biggest legend in the country, but that doesn’t mean the other goals shouldn’t count.

We now see friendlies as pre-season games against weak or unmotivated sides, and that wasn’t the case back then. Santos gave up playing several editions of the Copa Libertadores as it was more lucrative to travel around the world to exhibit their team, and that’s why there were so many unofficial matches.

That means, for some, the two goals scored in a tournament in Paris against Benfica, who had been recently crowned European Champions, won’t count. But a State Championship game versus a countryside team will go that list. That doesn’t make sense, and only proves that numbers can lie for good and bad.

And yes, it’s a shame that most of us couldn’t see him playing. After hearing many stories from my grandfather, who despite being a Corinthians fan would go to Pacaembu stadium to see Santos and Pelé, I could only see his goals on TV documentaries and Youtube.

That’s unlucky. Not only because we couldn’t see him live, but also because a lot was lost. We can now see a compilation of how a random fullback did in some midweek game. In Pelé’s case, not only many tapes no longer exist, but several games never went to TV at all.

His best goal ever was never filmed. Many of his plays were a gift to the thousands of people who were present at that exact moment. They didn’t even get the chance to catch a replay.

There’s a famous journalist who, when quoting a story on Pelé this week, named his top five of all time. That was Cristiano Ronaldo, Messi, Maradona, Ronaldinho and Ronaldo.

As I said above, everyone is entitled to an opinion, yet it’s quite funny for a Brazilian to see that ranking, and no coincidence that it only includes players who had their peak in Europe.

In Brazil, there’s only one kind of debate regarding the best Brazilian player ever. That is: who was the best after Pelé. We’ll probably see Romário, Ronaldo, Ronaldinho and now Neymar getting into that argument.

There’s a fierce dispute normally between Romário and Ronaldo, even though the first one will often be ignored in Europe, despite having fantastic records for PSV and Barcelona.

Transfermarkt won’t show you most of what Romário did after 1994, when he won the Ballon d’Or, the World Cup and decided to return to Brazil. Even though he only retired in 2010, the European media makes it look like his career was over as soon as he stepped out of the continent.

A lot of this happens to Pelé, whose title record is still not enough to show how big he is. Such a complete player was never seen again, and Brazil were lucky to have him exhibiting his skills all over the country for nearly two decades.

His story is still tied to Santos. A club whose stadium only fits 15 thousand people to this day. Not the most hyped, nor the most popular, and far from the richest club in Brazil. Yet one of the most famous sides in the world, all because of him.

Pelé’s nickname (his actual name is Edson Arantes do Nascimento) never existed in Brazil, as it was not even a real word. But if there’s someone who deserves something so unique, that’s him.

When playing on the street, he was inspired by Vasco da Gama goalkeeper Bilé, however, as a child, his pronunciation made it sound like Pelé… and it stuck.

A genuine Brazilian name which is still repeated in Europe, even though some hate to do it with the respect it deserves.

Long live the king who never needed a royal lineage. 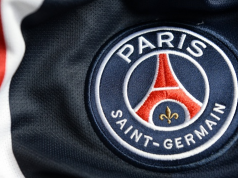 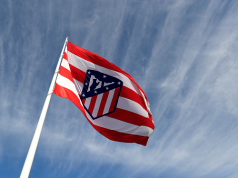