Home Premier League Arsenal ‘Music to his ears’ – Leeds United and Arsenal in picture for...
SHARE

The Whites’ interest was also discussed after the summer window closed and Marcelo Bielsa’s side are joined by Arsenal and AC Milan in the chase for the winger.

Earlier reports stated Mikel Arteta’s side have a ‘concrete interest’ in the 22-year-old, who has already made clear his desire to leave the Jupiler Pro League winners after this season.

Earlier this month, the Netherlands international told VTM, via Voetbal Primeur, “there is a good chance” he will leave Club Brugge next summer.

Lang’s comments are relayed in today’s edition of Het Belang van Limburg, who take a look at where he could end up next. 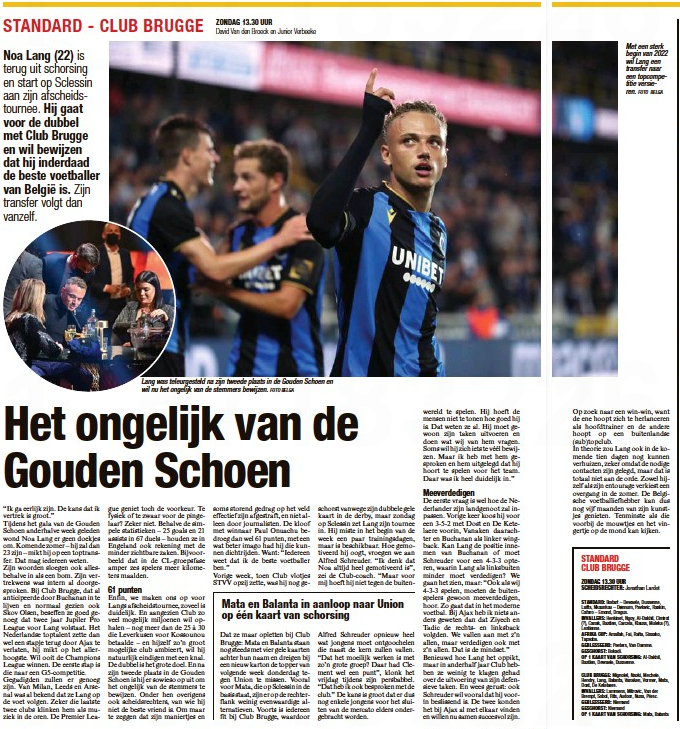 The newspaper points out Milan, Arsenal and Leeds were ‘already known to follow Lang closely’. It’s claimed the latter two ‘certainly sound like music to his ears’ because the Premier League is ‘still preferable’ for Lang.

Club Brugge are ‘getting ready’ for their star’s farewell and want to raise as much money as possible.

HBVL suggest the fee will be more than the €25-30m paid by Bayer Leverkusen for Odilon Kossounou.