Nottingham Forest have submitted an offer for Bordeaux striker Josh Maja, according to reports from France.

RMC Sport journalist Loic Tanzi claims the Championship side are trying to sign the English player on a €4.5m deal.

Even though it’s still not clear what Bordeaux’s response to that offer will be, the report shows a little optimism by saying the player could leave the Ligue 1 club before the deadline tomorrow evening.

The 22-year-old has a contract with the French side running until 2023, but his situation makes it clear they’d accept a good offer to let him go on a permanent move.

Josh Maja started his career at the academies of Fulham, Manchester City and finally Sunderland, where he made his professional debut. The Black Cats sold him to Bordeaux in a €1.5m deal in 2019.

Following two years at the French side, the striker was loaned to Fulham in January this year. In his short spell with the Craven Cottage side, he had three goals in 15 appearances. 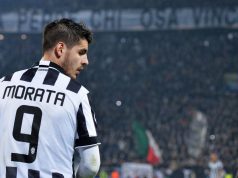