Benfica midfielder Alfa Semedo could return to Reading this summer, while fellow loanee Filip Krovinovic could extend his stay at Nottingham Forest.

That’s A Bola, who say Benfica are keen to get rid of both players again this summer.

Semedo has spent this season on loan with the Royals from the Portuguese side, his second successive loan spell in the Championship after spending last year with Nottingham Forest.

He’s been a regular for Reading throughout the campaign, racking up 39 appearances in the Championship and managing two goals and three assists to boot. 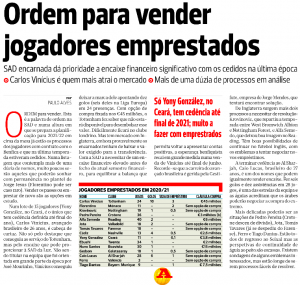 They don’t have an option to buy him, but Benfica are keen to get rid as they plan a summer of sales to raise funds.

Semedo is one of the ones on the sale list and has a ‘good chance’ of continuing in England after leaving a ‘good impression’ at Reading.

They say that Reading and Nottingham Forest are ‘trying to negotiate’ new loans.

Record have it different, though, and say that Semedo’s ‘ideal situation’ would be a permanent transfer and there are ‘several clubs interested’ in England.

They don’t name any of the interested parties, so it’s not clear if Reading want a permanent deal, but the newspaper says Benfica are asking for €5m to make a deal happen.

Krovinovic, meanwhile, could stay with Nottingham Forest after joining them on loan in the January transfer window. 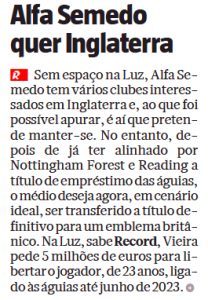 He managed 19 appearances between then and the end of the season, and A Bola say the two clubs are negotiating a new loan for next season as well.

Like Semedo, it’s stated he has a ‘good chance’ of returning to England, although it’s not mentioned where negotiations are at at this stage.

His is a case that is ‘needing resolution’, though, which suggests Benfica will push hard to get him and Semedo out as soon as possible.