Manchester City have no chance of signing Robert Lewandowski this summer despite reports they are looking at him.

That’s according to SportBILD journalist Christian Falk, who says the German champions ‘won’t sell’ the Polish striker this summer.

Manchester City are on the hunt for a new striker this summer after Sergio Aguero’s contract came to an end and he joined Barcelona on a free transfer.

They’re keen to bring in an elite level striker and have been linked with top strikers around Europe, such as Erling Haaland and Harry Kane.

Lewandowski was added to that list in various reports in England today, with his future at Bayern Munich in doubt as his contract expires in 2023 and no new deal has been worked on so far.

It was stated that Manchester City were monitoring the situation, but Falk says even if they are, there’s ‘no chance’ of a deal happening.

According to him, these rumours are nothing more than Lewandowski’s agent Pini Zahavi doing his job and ‘playing his little games’.

He assures that Bayern won’t sell Lewandowski this summer, and even if they did, Manchester City still want Harry Kane anyway.

That should put a swift end to these rumours then, although we’re sure they’ll pop up again and again regardless right until Lewandowski is sat with his new contract signed. 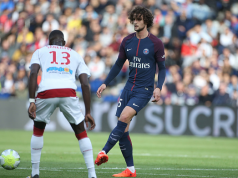