Newcastle United have been constantly linked with a move for Ousmane Dembélé ever since they were taken over by Saudi Arabia’s Public Investment Fund in October.

The 24-year-old’s contract expires in 2022 and Barcelona have so far failed to convince him to sign a new deal.

Various reports have already explained the Magpies have, ‘without a doubt’ have made a ‘most spectacular offer’ to the winger. It includes a net annual salary of €15m plus an additional €15m as a signing on bonus.

It was also stated the Tyenside club’s proposal was much superior to the one the Spanish club offered to the player.

Mundo Deportivo say the La Liga side still have to pay €27m to Borussia Dortmund for the France international. If he extends his contract, they can pay this fee over the duration of his new contract. If not, they will have to settle it before the end of this season. 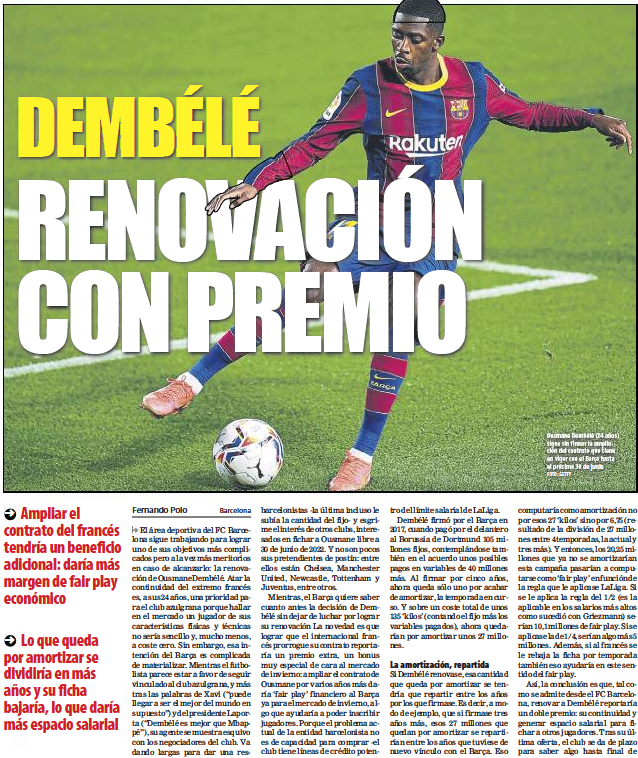 In the event the attacker signs an extension [with a pay cut] at the Camp Nou, it will help the Spanish giants to lighten their wage bill and also help them distribute the amortised amount over the period of his new contract.

Dembélé is open to committing his long-term future to Xavi Hernández’s side, but Barca are finding it ‘difficult’ for the renewal to materialise, because of his representative.

It’s claimed the agent is ‘elusive with the club’s leaders’ and that is caused by the ‘interest of other clubs, interested in signing’ his client.

The ‘suitors’ list includes Newcastle and they, along with other interested parties, are making it ‘difficult’ for Barca to retain the player beyond this season.