Ever since Newcastle United were taken over by the Saudi Arabian Public Investment Fund, a bunch of names have been thrown around and sent to St James’ Park.

Some are more believable than others, and one of the latest, mostly due to his situation and the amount of money at the Magpies’ disposal, is Dušan Vlahović.

The striker, who currently plays for Fiorentina, has made it clear he will not renew at the Serie A club, and with his current deal running out in 2023, a sale is expected sooner rather than later.

There is a belief that he could go for the right offer in January, but with demands being rather excessive midway through the season thanks to his great form, the forward could stay until the end of the campaign.

The latter scenario could suit Newcastle better, since it’s been hinted they won’t go all out in the next transfer window, but if the opportunity arises, it could be hard to turn down, especially for a player of Vlahović’s skillset. 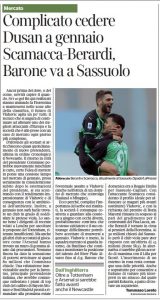 Corriere Fiorentino look at the situation, and make it clear that the Premier League club are the latest to have joined the race ‘in chronological order’.

However, they do point out ‘it will not be easy to find a club that can meet’ Fiorentina’s demands, which currently stand at €80m; a figure ‘no one has given the feeling of being able to get close to’.

That’s how things stand, but if Newcastle decide to open their chequebook in the January transfer window, that fee may not be so insurmountable after all.