Niklas Süle is in his final year of contract at Bayern Munich and his decision to not sign a new deal so far has attracted interest from other clubs.

After he was initially linked to Chelsea, Newcastle United have been pushed forward as a possible destination for the defender.

On November 18th, Kicker reported the 26-year-old is ‘stalling’ on signing an extension and his agents were offering him elsewhere, ‘including to Newcastle’.

Sky Deutschland now back up Kicker’s report, stating the Bavarian club have offered the centre-back a new deal, but the ‘negotiations are currently stalling’.

The former Hoffenheim man signing a new contract at Bayern cannot be ruled out, but it’s ‘considered unlikely’ at the moment.

Regarding the Magpies, the report explains there has ‘already been talks’ between the Germany international and Eddie Howe’s side. Newcastle can sign him on a free transfer next summer, if he decides against signing a new deal with the Bundesliga winners.

Sky Deutschland state: ‘it’s common knowledge that Süle would like to play in the Premier League one day.’

Despite holding talks with Newcastle United, and that the ‘tendency in the future’ points to a move to England, Sky state a transfer to St James’ Park is not the ‘first choice’ for the player. 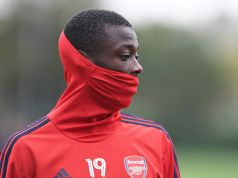