Dmitry Rybolovlev sounds like a fairly reasonable guy when it comes to selling his best players. Yes, he wants AS Monaco to get the best deal, and, yes, he may not let players go exactly when they want to, but his attitude is that a transfer to somewhere like Manchester United is career progression, and he won’t deny a person that.

In a lengthy interview with L’Equipe, Rybolovlev had it put to him that it’ll be hard to keep his stars at Monaco this summer, and he told the French newspaper: “We are not here to decide in the place of men, block them, tell them yes or no.

“We have no budget problem and we are not forced to sell, but the day when a player or coach wants to leave, it’s just unimaginable to keep him against his wish. We are not Real Madrid or Barcelona or Manchester. Everyone has to cross the road in his career to go even higher. You do not keep a man against his will.

“In business, if you go against the market and against the trends, you will always lose. After, if someone goes, this is not our initiative. You know,  (Anthony) Martial, it was he who wanted to leave and we can understand.”

Anthony Martial left Monaco at the end of the summer 2015 transfer window, with Manchester United determined to sign the player, and the Frenchman keen to take the next step in his career.

With Rybolovlev making it clear he won’t stop his stars joining clubs like Real Madrid, Barcelona, or Manchester United, L’Equipe put to him that Kylian Mbappe is worth at least 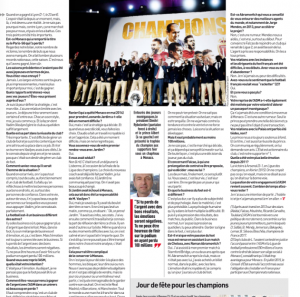 €100m: “I don’t know, it is the market that decides, and it depends on who is willing to invest in him. Anyway, it’s a decision of the player, not the club.”

That very much makes it sounds like, if Monaco have had any offers, none has gone to that level so far.

Manchester United would likely be looking at other Monaco players, with Mbappe having a similar profile to Martial.