It seems Middlesbrough are either just messing around with Atalanta over Marten de Roon or Gazzetta dello Sport are a bit over the place on this one.

Obviously, the closer we get to the Championship kicking off, the harder it will be for Garry Monk to replace the 26-year-old, but to change their demands so much over the space of a few days seems a tad strange.

Back towards the end of June, the price for the Dutch defensive midfielder was around €13m as Lazio were said to be looking for someone to replace Lucas Biglia.

That man eventually turned out to be Liverpool’s Lucas Leiva, and the price then went up, which is about the time De Roon’s former club, Atalanta, came sniffing around to see if they could bring him back.

Up until Monday, Middlesbrough’s demands were said to be €17m, yet Gazzetta dello Sport now say that has increased some 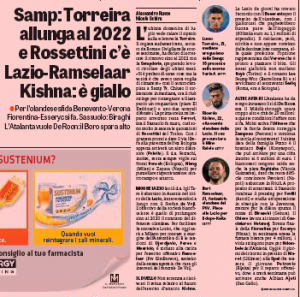 This comes around the same time one of their offshoots, GazzaMercato, claimed De Roon had agreed a four-year deal with the Serie A outfit ahead of a potential move.

Even if that is the case, it means nothing if the two sides cannot agree one a transfer fee, and at €20m, Atalanta will start looking elsewhere.