On Wednesday, we relayed information from Gazzetta dello Sport stating Atalanta, despite what their manager had to say on the matter, hadn’t given up on trying to sign Middlesbrough’s Marten de Roon.

Replying to a question about his side’s pursuit of the Dutchman, Gian Piero Gasperini explained he was happy with the current squad at his disposal, suggesting missing out on the 26-year-old wouldn’t be the end of the world.

His club, however, seem to disagree with that, still trying to bring De Roon back to the Atleti Azzurri d’Italia, and the very same Italian newspaper have more details about the situation on Thursday.

According to Gazzetta, Middlesbrough’s asking price for their defensive midfielder appears 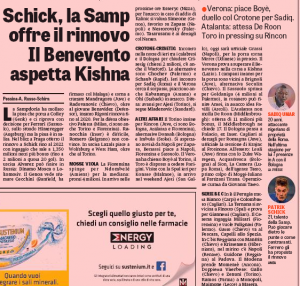 to have increased to €17m, while the Serie A side would only be prepared to €11m + an unspecified amount of bonuses.

Having qualified for the Europa League last season by finishing an unlikely 5th, Atalanta will be looking to maintain that form going into the new campaign, and bringing in a player who already knows the team and league well would go a long way in achieving that.